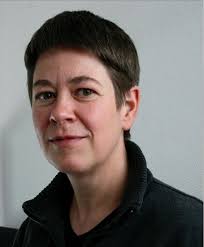 Antke Engel is director of the Institute for Queer Theory (iQt) in Berlin. She holds a PhD in Philosophy (Potsdam University, Germany, 2001). In her first monograph, published under the title Wider die Eindeutigkeit (Against Unambiguity, Campus 2002) she argues that queerness is not about diversifying or overcoming gender and sexual categories, but about pursuing a strategy of equivocation or undisambiguation (Strategie der VerUneindeutigung). From 2007 to 2009 Engel was fellow at the ICI Berlin, where she pursued a research project on imagery of pluralized genders and sexualities under conditions of neoliberal economy. It was published under the title Bilder von Sexualität und Ökonomie. Queere kulturelle Politiken im Neoliberalismus (transcript 2009). She also co-edited the volume Hegemony and Heteronormativity: Revistiting ‘The Political’ in Queer Politics (Ashgate 2011). Since 2000 Engel has been teaching internationally as lecturer and guest professor of queer theory, poststructuralist political philosophy and intersectional gender studies. Discourse analysis and cultural critique – with a particular focus on art and visuality – function as interlinking methods when she is studying concepts of sexuality and desire, neoliberal economy, social inequality and conflict, and the interplay of power, domination, and violence. As director of the iQt, Engel organizes events that bridge academic, activist and artistic approaches, while conceptualizing and implementing new formats for conferences, lecture series and workshops. She runs working groups and colloquia, and mentors young scholars and cultural practitioners.